A new version of svarog (0.0.4) has been released! It is available at:

The file examples/example6_precalculated.svarog has been generated automatically by svarog for the depth 1 and granularity 2. It is not very intelligent (since depth 1 is not much) but svarog is able to use the precalculated knowledge already.

The command "estimate" does not produce a valid Svarog specification - it skips the planning (determining the actions). It can be used to estimate the amount of "on belief" clauses by the "precalculate" command.

WARNING: When using svarog-daemons - they do not benefit of the precalculated knowledge yet.

Posted by Pawel Biernacki at 3:12 PM No comments:

Hyperball, not a hypercube

Due to the normalization the space of possible beliefs is an n dimensional hyperball with a radius 1.0, not a hypercube. In spite of that Svarog generates first a hypercube, for example for three states and granularity 2 there would be:

Then it applies the normalization (when doing precalculations):

The tuple (0,0,0) is not taken into account since it cannot be normalized and does not make sense.

Posted by Pawel Biernacki at 11:59 AM No comments:

There will be a new command in svarog-0.0.4 (that has not been published yet). The command syntax is:

This command generates (and prints to the standard output) a Svarog specification with a precalculated knowledge about the optimal actions for the given depth of planning and granularity.

The depth is the same parameter as the one passed to the loop command - it is the depth (or height) of the game tree. It should be a small integer.

The granularity should be a small integer value, preferably 2. Svarog will discretize the space of beliefs, which is a hypercube of n dimensions, with n being the amount of possible states for a given visible state. Then when planning it will be able to use the precalculated knowledge so that it searches for the closest node in the hypercube to the actual belief. 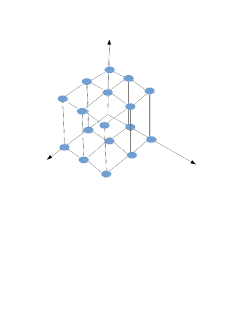 WARNING: For a reasonable specification running this command can take a couple days.

It should significantly improve the performance when planning.

The idea is that the computer analyses the given Svarog specification and performs planning for hypothetical visible states and some beliefs. Then it will have a list of "rules" of the form:

It will clearly not cover all possible beliefs, but we will be able to find the closest rule to the actual belief in terms of the cartesian distance.

Posted by Pawel Biernacki at 6:40 PM No comments:

I have written a small demo program for Svarog. It is called dorban, it can be downloaded from https://sourceforge.net/projects/dorban/ . 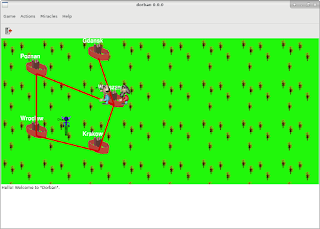 Posted by Pawel Biernacki at 5:04 PM No comments: