150 years ago, in the 1863 we did an uprising against the Imperial Russia, the so called January Uprising. Because I write about the Catholic Church I wanted to tell you about the last uprising partisan, Stanisław Brzóska. He was a priest and a commander. He was hunged for the participation in the Uprising. I respect his sacrifice, but I consider the Uprising a mistake. I prefer much more the Finnish way - to wait patiently and to have good relationships even with the occupants. Earlier we had an autonomy under the Tsar's rule, and after these uprisings we lost it all. I want to say an interesting thing - most peasants did not take a part in this uprising, because it was the Tsar who gave them freedom and land. Our noblemen were reluctunt to do it. I am a Polish peasant myself, and therefore I can understand the attitude.

Secondly I regret about the Uprising simply because I like Russia. It has jeopardized our relationships, unfortunately. Below you can see an Artur Grottger's painting: "The Battle" dedicated to the Uprising. 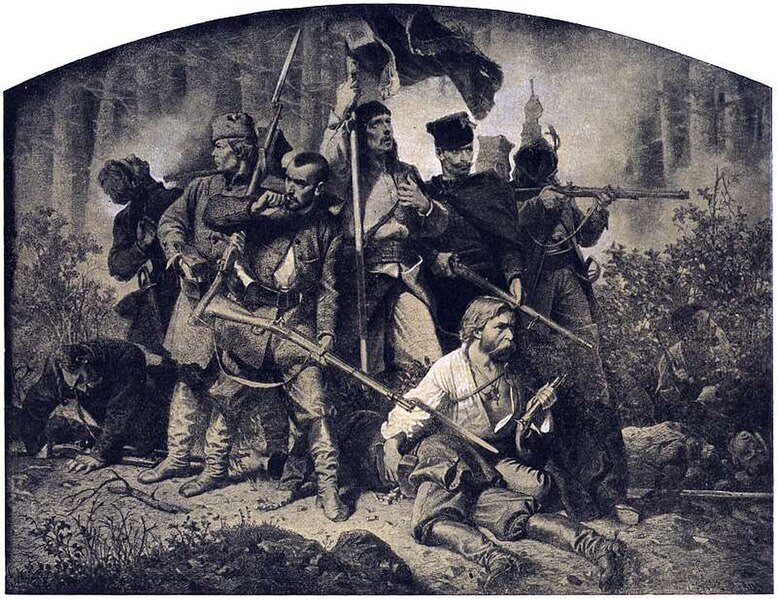 Posted by Pawel Biernacki at 12:43 PM

Pawel Biernacki
Vantaa, Finland
I am a programmer and a poet.